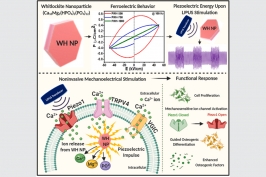 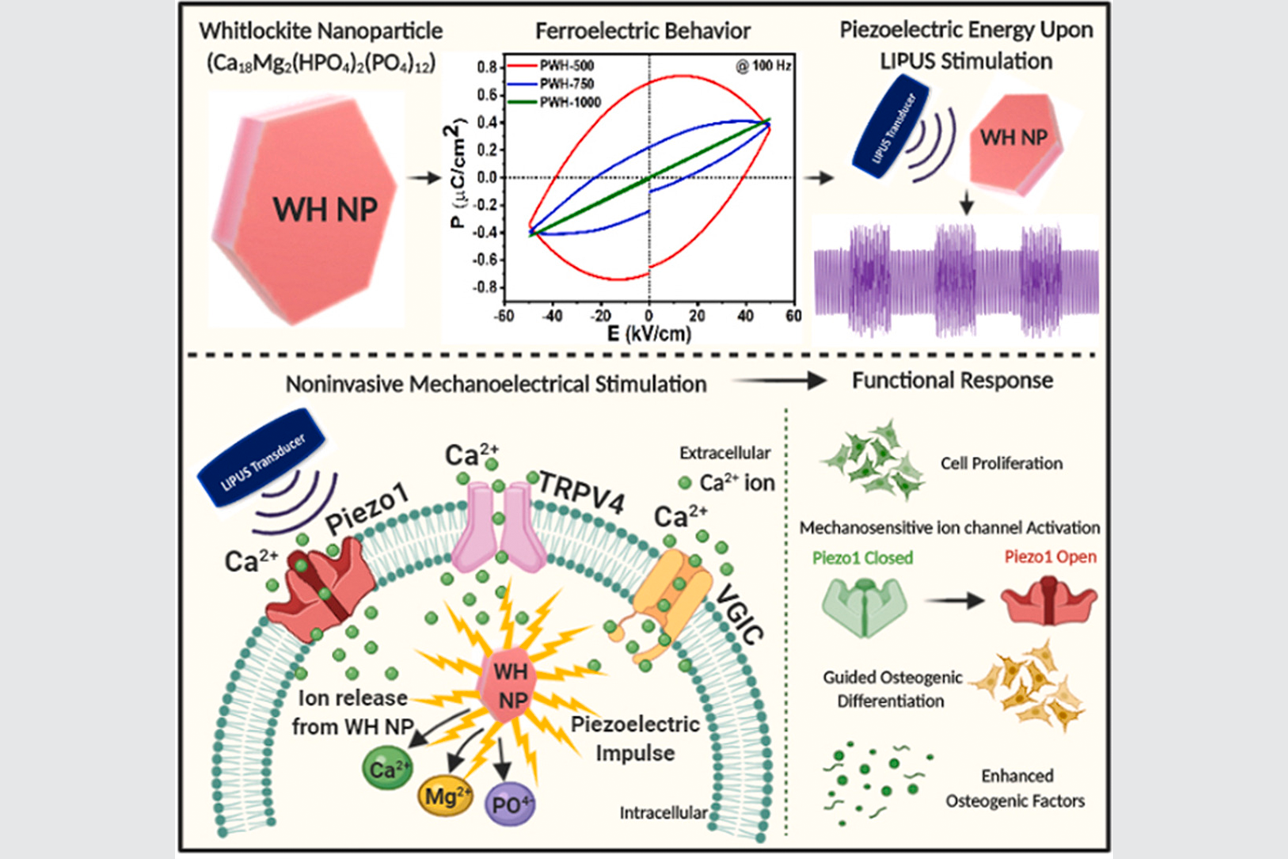 Endogenous electrical fields naturally exist in our body, playing an important role in bone development and regeneration. Research on ‘piezoelectric materials’ that generate electricity by themselves has been actively conducted in various fields. However, existing studies only generate mechanical-electrical signals, while configuration such as bioactivity, absorption and extracellular matrix were not possible.

Mechanical-electrical signals were noninvasively irradiated in the cell experiment with FDA-approved medical ultrasound (LIPUS) to activate WHNPs. Using osteoblastic MC3T3-E1, the team confirmed significant increase in the expression of Piezo1 and TRPV4, as well as the increase of ALP activity, calcium mineralization and bone formation gene expression.

The team is planning to confirm the technique’s applicability in a wide range of bone regeneration engineering fields through preclinical research and clinical trials.

Bio companies interested in commercialization are participating in the research already, and the technology is expected to be commercialized after evaluation by the Jeonbuk National University Interventional Mechano-Biotechnology Convergence Research Center.